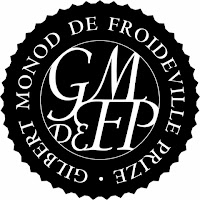 The clients of the Protocolbureau have been asked to choose the winner of the next Gilbert Monod de Froideville Protocol Prize. Seven nominated ushers will be judged on organisational insight, informal leadership and hostmanship.
Now the first results are in, it is safe to conclude that it will be a close call. Not one but several ushers make a good chance to win this prestigious prize.

The Gilbert Monod de Froideville Protocol Prize is named after the former Master of Ceremonies of H.M. the Queen and was installed on 6 June 2007 on the occasion of his farewell.
Gilbert Monod de Froideville inspired many ushers. He did already so when the Protocolbureau was established. His enthusing lecture on protocol, in 1996, proved a perfect preparation for the Protocolbureau’s first assignment: the presentation of the Franklin D. Roosevelt Four Freedoms Award to His Majesty the King of Spain. Subsequently, the ushers used to stand by him during the Royal Weddings, State Funerals and Royal Baptismal Ceremonies. 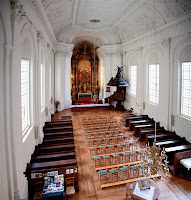 During an award ceremony at 15 June 2012 the prize will be awarded to the best usher in the ‘oud-Katholieke Kerk’ (old-Catholic Church) in The Hague. For this occasion colleagues and family are invited.

This will be the third time the protocol prize ceremony is being organised. In 2008 the jury choose Stan van Boxtel and Tijmen Struijk as winners, in 2010 Gijs Hoogeveen was the best usher.
In April, the Protocolbureau nominated six of its best ushers: Jaap van Berkel, Florian de Groot, Cederick Schoneveld, Daan Smeets, Wesley Toelen, Kevin Verbaas and Job van Welie.

Based upon the client’s advice and by means of an interview on June 6, the jury will choose the winner of the Gilbert Monod de Froideville Prize. During the interview the jury will judge the ushers on knowledge of protocol and relationship management. The winner is the usher with the highest score given by clients and jury.

The Gilbert Monod de Froideville Protocol Prize aims at enhancing the image of the profession and throwing light on the necessary qualities of a protocol officer. A successful gathering or meeting is, to a high degree, the result of organisational professionalism, with experience in protocol being an essential skill.