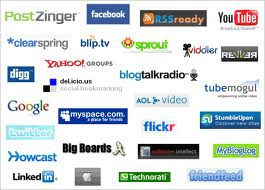 Social media sites let people keep up with what’s going on in the lives of their friends, family, co-workers and acquaintances. But those same sites also can allow people to cross the line into over-sharing. Users can follow some basic rules to avoid offering too much information and jeopardizing their digital identity, etiquette experts say. One of the basic causes of over-sharing, experts said, is that people forget how public the sites are.

Lisa Grotts, who has published books on etiquette, said people “forget that there are real people on the other end of these conversations.” She said if people remembered the golden rule, treat others as you would like to be treated, things would be a lot different in cyberspace. “Think about the other person first and the impact what you say will have on them,” she said.
Arden Clise, president of Clise Etiquette, a Seattle-based etiquette consultation company, agreed, saying that people often use social media sites to broadcast information. “People forget and they think they’re just sort of talking into space,” she said. “People need to remember that social media is not a one-way conversation. It’s a dialogue.”

Choose another article of your interest in the blog archive in the right column. Or scroll further down for books about protocol, interesting links, articles about protocol and protocol related tweets.
25 december 2010/door protocol
https://protocolbureau.com/wp-content/uploads/2017/01/logo_protocolbureau_GOUD-5.png 0 0 protocol https://protocolbureau.com/wp-content/uploads/2017/01/logo_protocolbureau_GOUD-5.png protocol2010-12-25 09:29:002010-12-25 09:29:00How public social media is: Watch out for privacy, etiquette online