Blog
You are here: Home1 / Blog2 / event3 / Four Freedoms Awards: a unique experience for our ushers 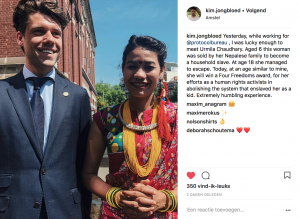 The Four Freedoms Awards in 1996 was the start of Protocolbureau and it still is one of the favorite events among our ushers. Working at the FFA is a unique experience for our young protocol officers.

This is not only because of the unique working experience; ushers are responsible for welcoming and seating the guests and many dignitaries, among which our Royal Family and the decedents of President Roosevelt. It is also because our ushers are touched by the remarkable laureates and their impressive achievements.

Our usher Kim Jongbloed was responsible for escorting the laureates at the Franklin D. Roosevelt Four Freedoms Awards upon arrival in the Netherlands and yesterday during the awards ceremony. On instagram he wrote “I was lucky enough to meet Urmila Chaudhary. Extremely humbling experience.”
“Aged 6 this woman was sold by her Nepalese family to become a household slave. At age 18 she managed to escape. Today, at an age similar to mine, she will win a Four Freedoms award, for her efforts as a human rights activists in abolishing the system that enslaved her as a kid.” 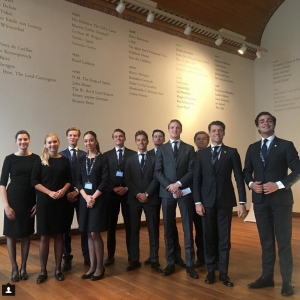 The Four Freedoms Awards is a refreshing sound of compassion for human rights, values and dignity in a world that seems to go the opposite way. Or as the Canadian Ambassador in the Netherlands, Sabine Nolke put it on twitter: “Stubborn optimists; Truly inspiring human rights icons, every one.”
Thank you #RooseveltFoundation and #ProvincieZeeland!

Ronaldo Schemidt winner of the World Press Photo of the Year